There are only seven continents on earth. We have the opportunity to preserve one of them… Antarctica

We are a fully funded, 501(c)(3) non-proﬁt, charitable organization committed to preserving Antarctica. We are a channel to mobilize transport and optimize planning with extensive knowledge of Antarctic air, ship and overland logistics. Working closely with NAP’s, we can provide additional, and experienced, resources at no cost. Our combined knowledge has been gathered over 30 years and through prior collaborations across: National Antarctic Programs, Private Operators, scientists and NGO’s. 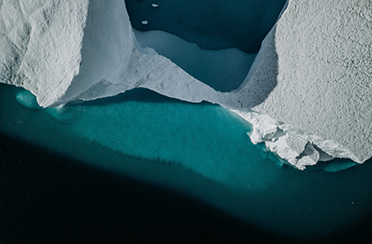 The Antarctic supports an abundance of life found nowhere else on earth. Each day scientists from all over the world study past, present and future planet and solar systems to help us answer some of the most pressing questions of humanity. This frozen continent is key to understanding how our world works, and our impact upon it. 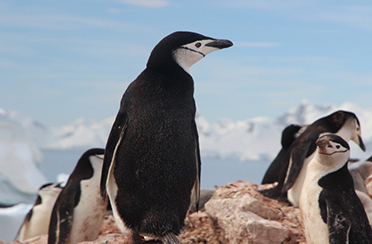 Quite simply, the preservation of the Antarctic. A belief that by working together we can continue to manage innovative science, utilize existing transportation and become more effective and efﬁcient in the management of all Antarctic operations. By understanding the signiﬁcance for each National Antarctic Program to deliver their government’s science strategies, we can identify custom needs. 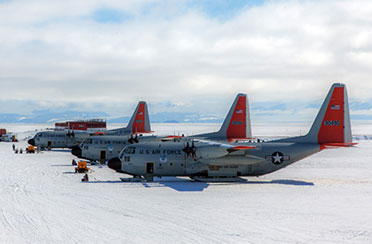 We will analyze location and distribution demand for speciﬁc departure locations such as: Cape Town, South Africa, Christchurch, New Zealand and Punta Arenas, in Chile. Transport availability will be sourced in advance along with the movement of staff and equipment, all while recording the data for each NAP.

Anne Kershaw M.B.E has worked in Antarctica for over 30 years. She was an owner and operator of Adventure Network International (ANI), renowned for some of the first wheeled aircraft landings on ice in Antarctica. ANI flew the first ever aircraft from Cape Town, South Africa to Dronning Maud Land, Antarctica under Anne’s direction. Opening up an area for science only previously accessible by ship. This was the foundation for the now DROMLAN air network.

She was a founder member of IAATO, awarded a medal by the Queen of England for her services to Antarctica Aviation and for the last three decades, has worked with National Antarctic Programs, Private Operators, aviation specialists and multinational organizations in the preservation of the Antarctic.

Shayna De Silva has worked for the last decade in the non-profit sector and international logistics for an ocean carrier. Shayna has organized large-scale events, coordinated emergency response planning, and supported processes for ISO quality management systems. From corporate administration to operations,

Shayna brings a unique blend of experience and enjoys both the workflow and task variation. Her involvement with an environmental non-profit provided the opportunity to visit Antarctica on several occasions and in support of program logistics. With her passion for the Antarctic and extensive knowledge in global logistics she provides essential team support.

We are honored to have Dr. Judith Neilson, AM as the Patron for The Polar Commitment Foundation. Dr. Neilson has long been a philanthropist. Her passion for social impact is noticeably apparent by the scope of her financial support across so many organizations. In 2016, Dr. Neilson who is the owner of the White Rabbit Gallery in Sydney Australia, was recognized for her contribution to the arts and appointed as a Member of the Order of Australia.

From housing design for people displaced by war and natural disasters, to the support of domestic violence refugees, her efforts are valued worldwide. Her generosity includes support for Amnesty International, Anti-Slavery Australia, to name just a few. Following her journey to the South Pole, she acknowledges the necessity, for those involved in Antarctic operations, to work cohesively for the preservation of this icy continent.